A Groundwater System in Falayryaale 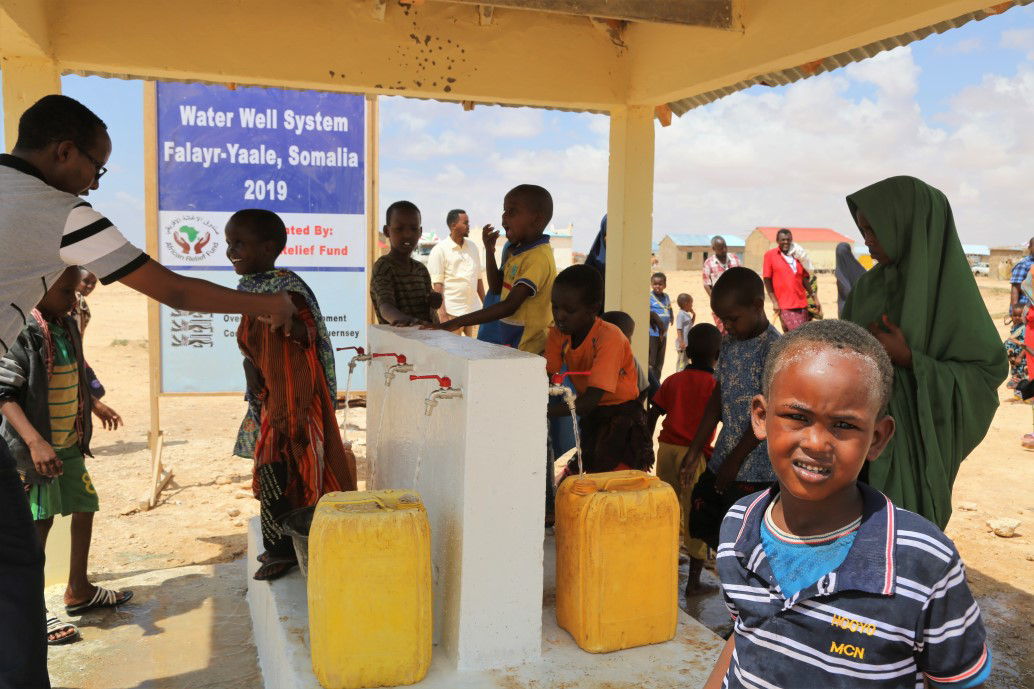 If she leaves while it’s dark, it is still cool when she returns, two hours later with her load. The mother of five used to have an old wheelbarrow. But she had to trade it for food, some months ago, when food for her family was scarce.

This was the reality for Aasha Mohamud Hassan, and many other people from Falayryaale village.

Yaasiin Geesy Mohamed, used to have to walk his camels for many miles to the old water source so they could drink, and he could collect water for his family’s needs. The water that they used was neither clean nor sufficient and he would be exhausted on his return.

ARF built a groundwater system in Falayryaale, which transformed the lives of Aasha, Yaasiin and so many others. The sophisticated system is solar powered. This means it’s not only eco-friendly, it’s sustainable too. It generates enough energy to pump water from underground, and even allows the community to charge their mobile phones with the excess energy!

The water that is pumped is stored in a water tank. This is connected to a modern tap system under a kiosk, which provides shade for users. It has troughs for watering animals, and a guardhouse and storeroom to keep equipment safe.

Find out how you can help uplift a village like Falayryaale, with your charity and Sadaqah Jariyah. Find out.

Donate to our water projects
Menu